As far as i remember i've started ricing since early 2015, maybe late 2014 but i couldn't find the screenshot. Using ElementaryOS as my first distro, i started my ricing journey. 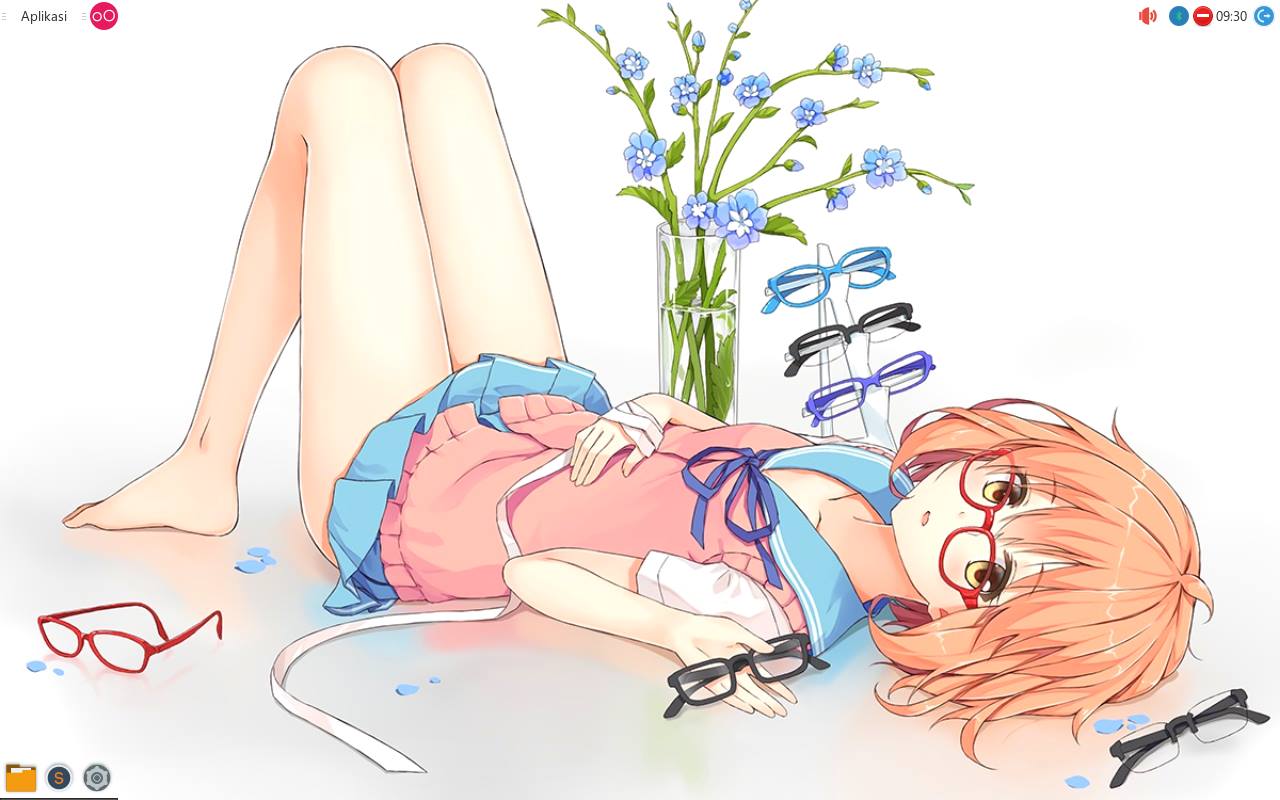 The oldest screenshot i could find
Who miss Kyoukai no Kanata? I am :'

In 2015 i'm still student at vocational high school, with software engineering as my major, that's where i became acquintance with linux. The dogma in society is that linux user interface are oldschool and boring, yeah, that's also what i thought at that time. I've already ricing in windows since windows vista until windows 10, with only ad startdock and fence in desktop until using UXTheme Patcher that often result in BSOD. The first forum that i know is Kaskus Windows Desktopoholic Club, that's where i found many way to rice desktop. Until i come to know Linux.

I though that time, if there exist forum that discuss about ricing windows, why not ricing linux desktop exist? Then i found Kaskus Linux Desktopoholic Club. There's lot of reference that i could learn there. In that thread i found link to Facebook group Linuxer Desktop Art and join it. The above screen shot is my first submission. Using ElementaryOS with XFCE Desktop Environment. The default Desktop Environment in ElementaryOS is Pantheon, it's very exciting when i can switch my DE to XFCE.

Unsatisfied with it i tried another DE. Unity, KDE, Budgie, Gnome, i try all of them, but nothing beats XFCE 😁. Not only DE, i also tried WM. My first WM is Fluxbox. I didn't knew how to quit Fluxbox session and force shutdown my laptop to quit Fluxbox. Then i try another WM, Openbox. With the power of Google i found greate site that teach how to configure Openbox from scratch. I'm in love with how light weight it is. While i also tried other WMs, but never use it for daily. Until now, my main desktop is XFCE and Openbox. 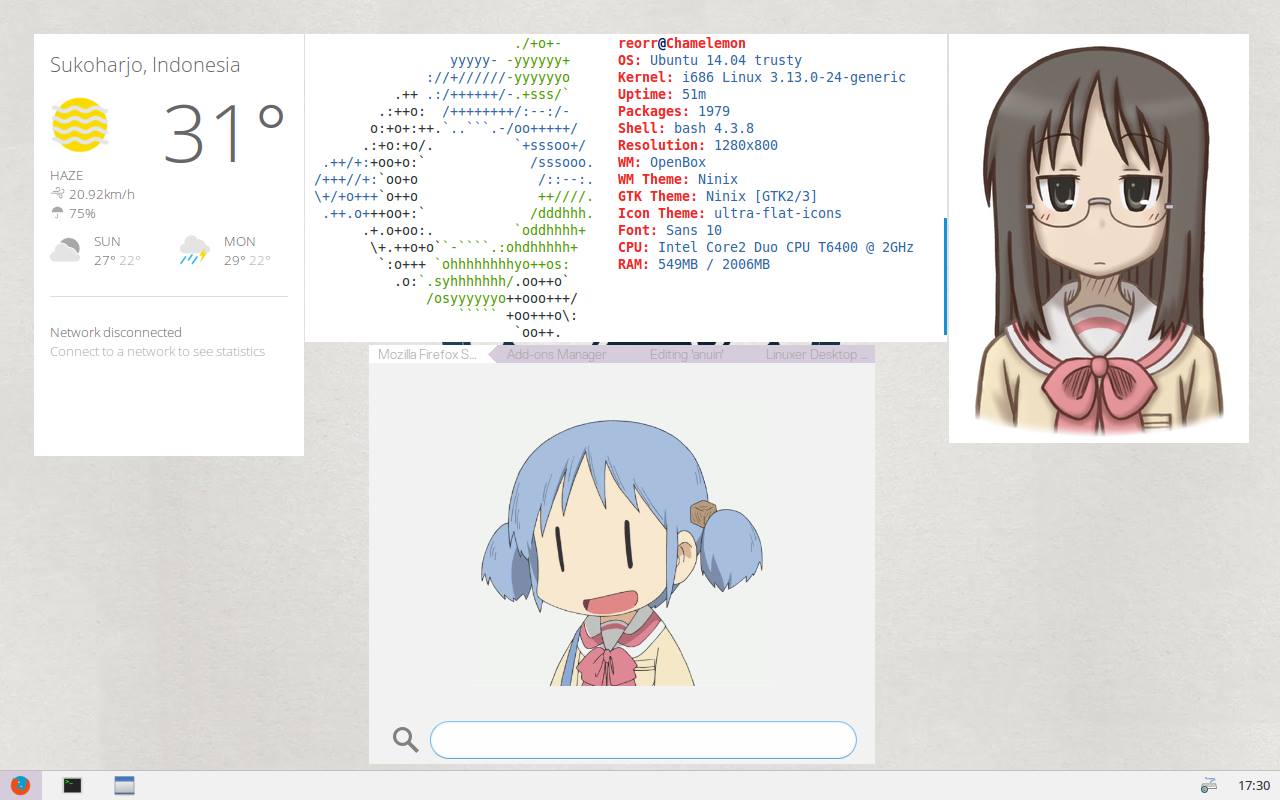 There's time when i'm stopped ricing. Too much lab report that i must do and many another thing. But, i come back. Ricing is like my life, i dunno what i must do if it's not ricing. With Telegram become more popular between programmer and linux user, LDA have super groupchat there, you can join Dotfiles ID it here. Many great ricer will help you if you having a problem. I also active in that group. Like i said before there's time when i'm stopped ricing, but now, even when my group project deadline is near, i will procrastinating while ricing my desktop. Long live ricing! 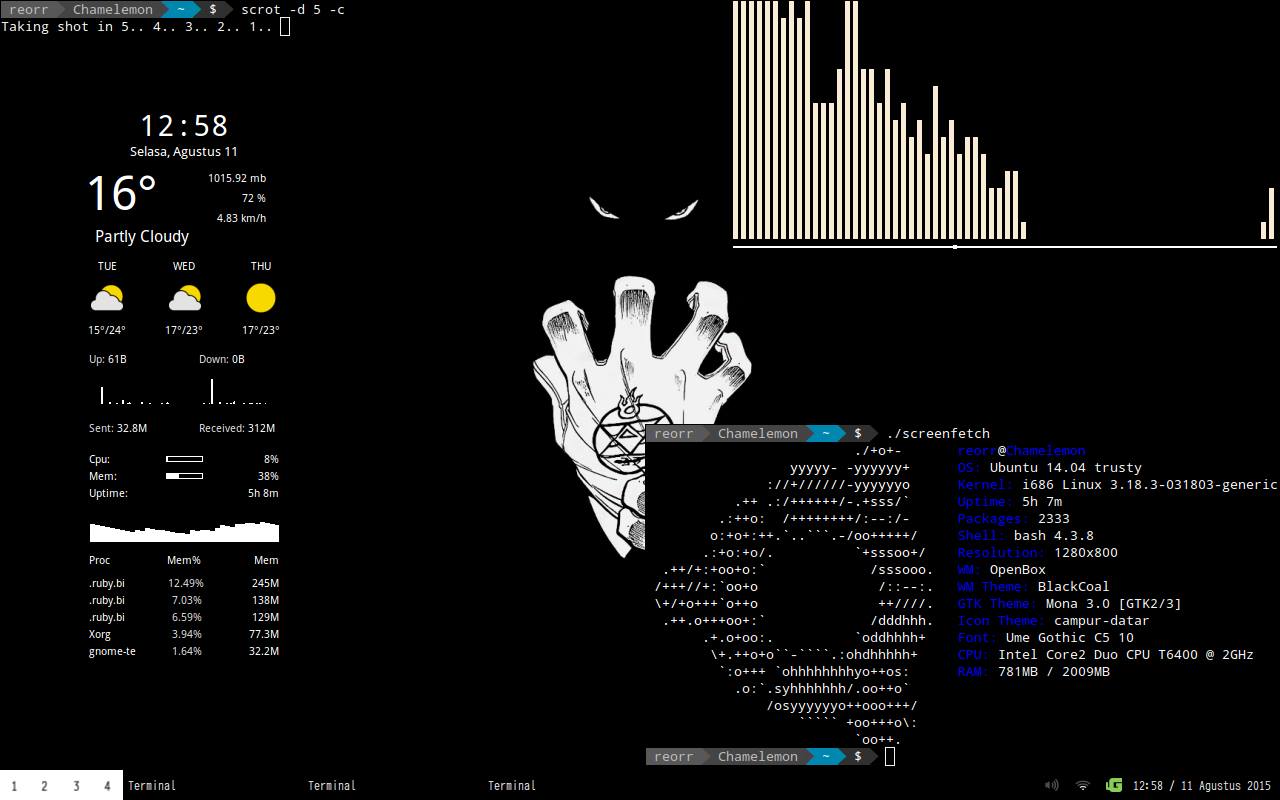 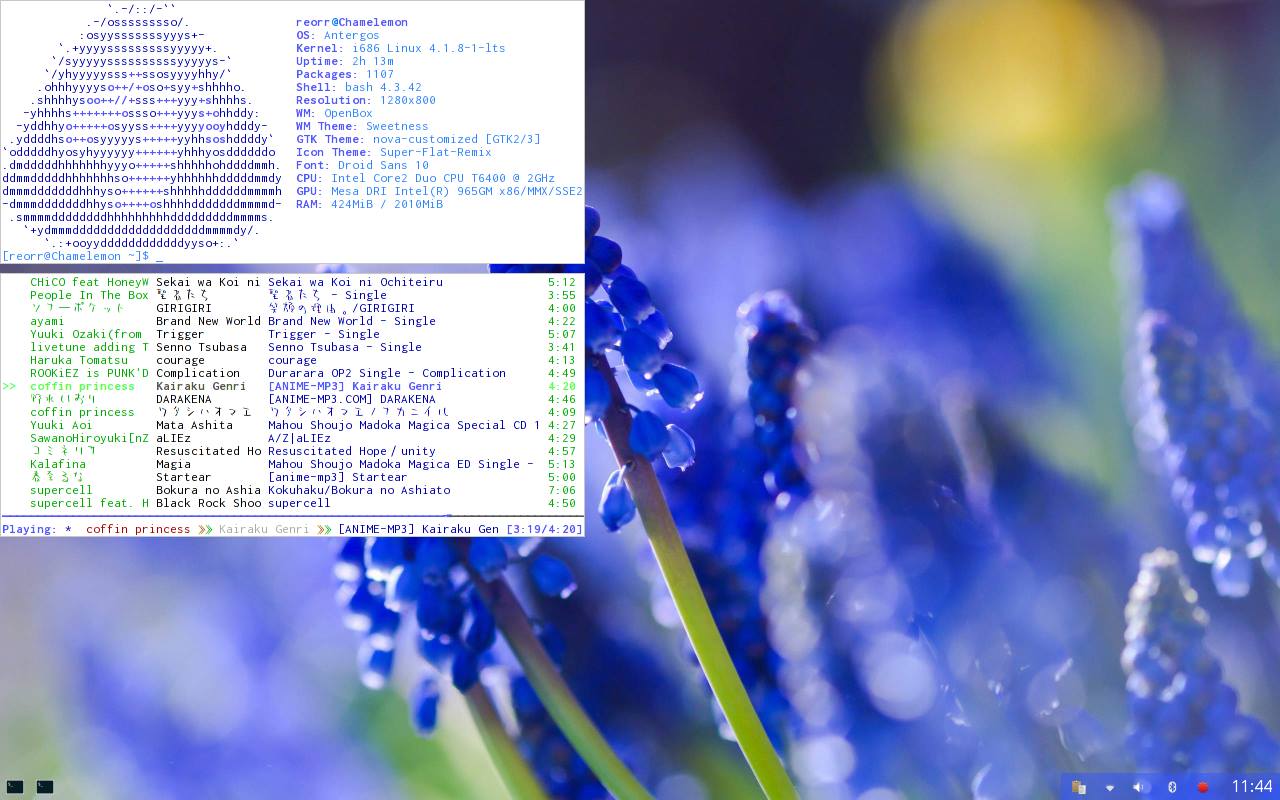 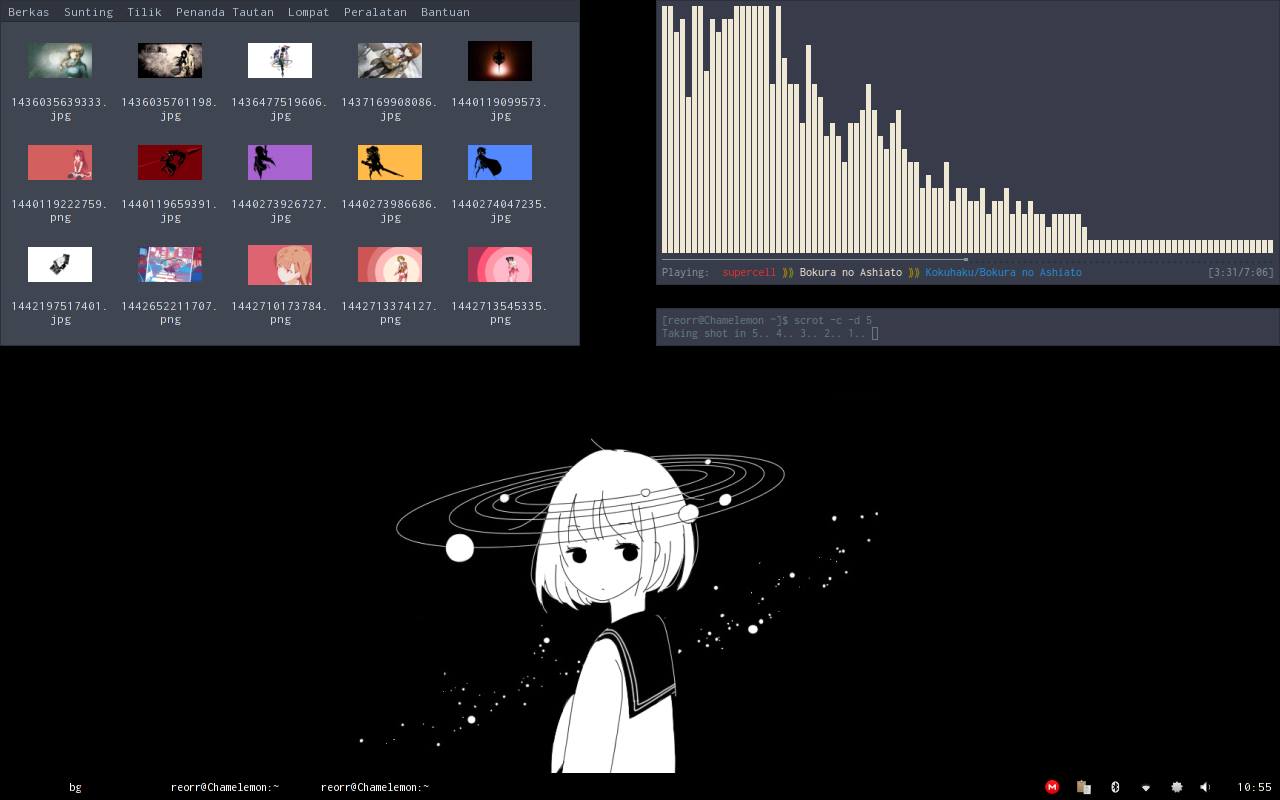 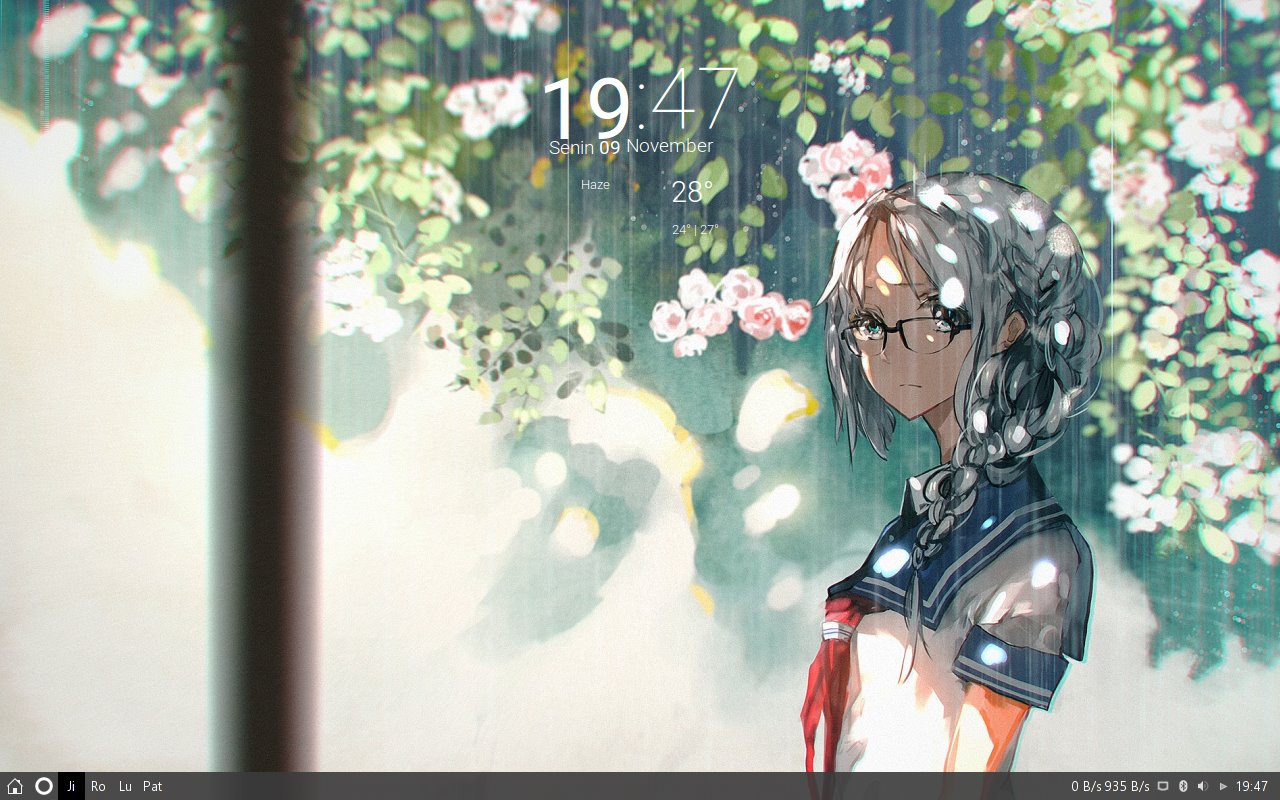 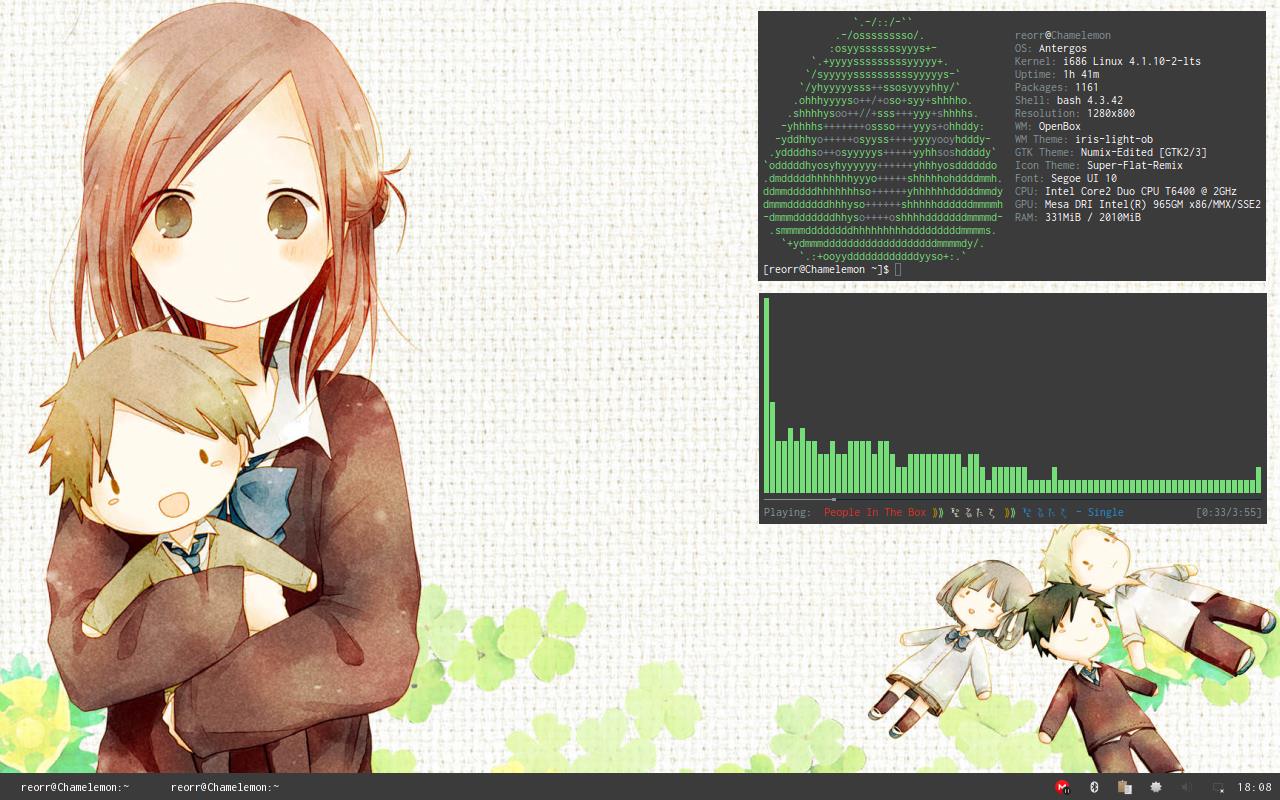 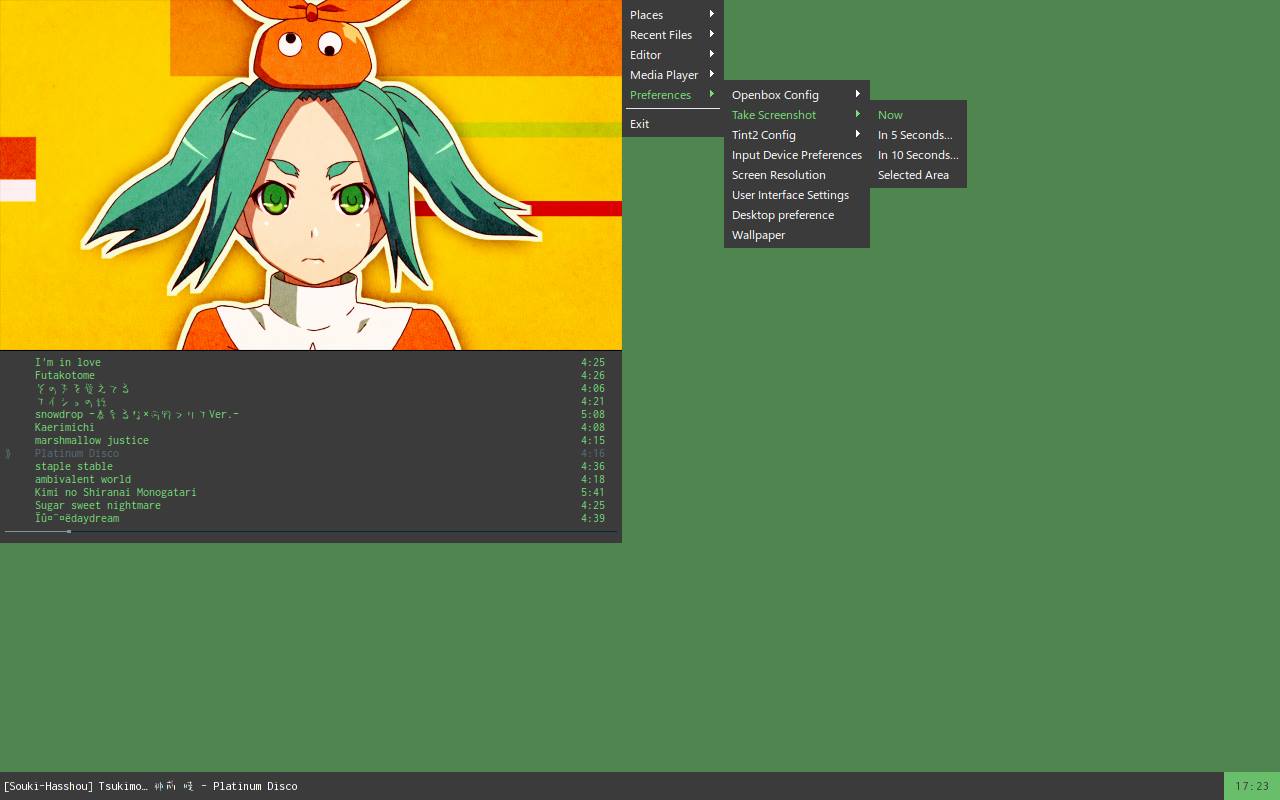 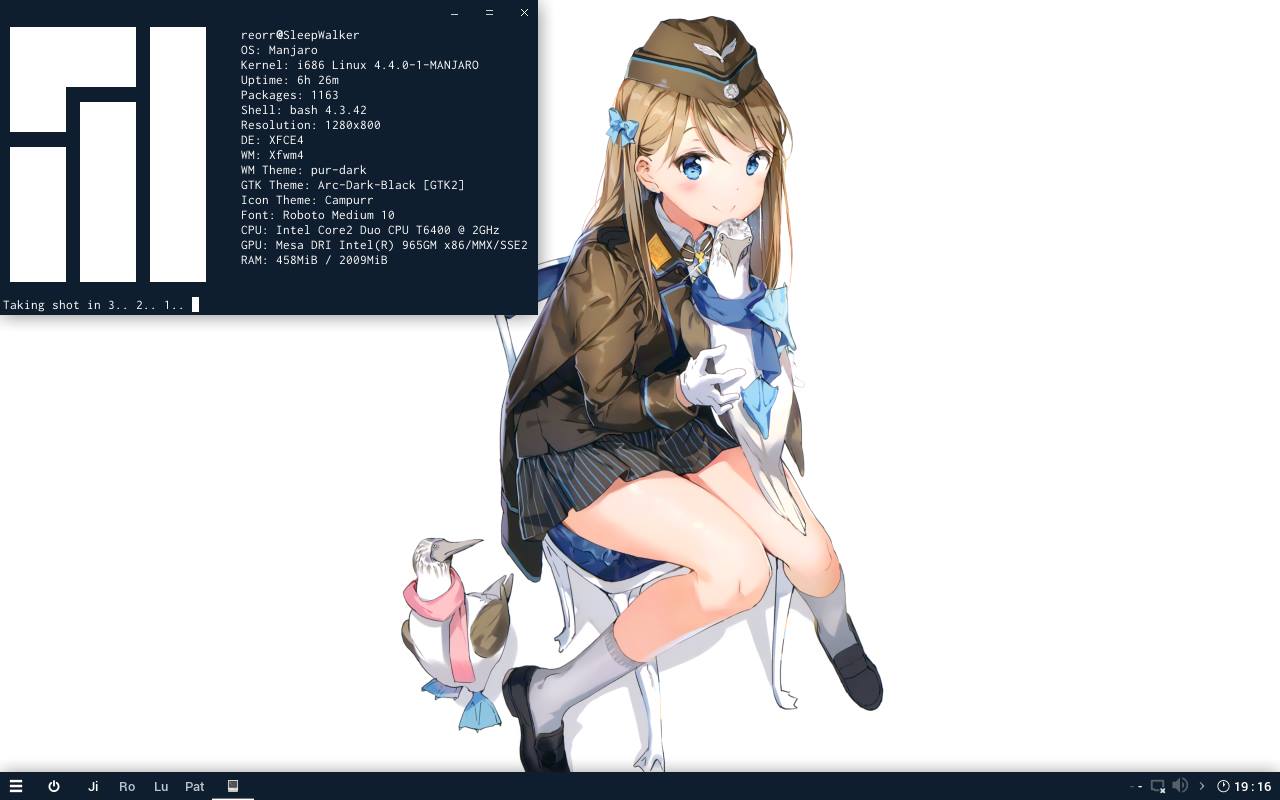 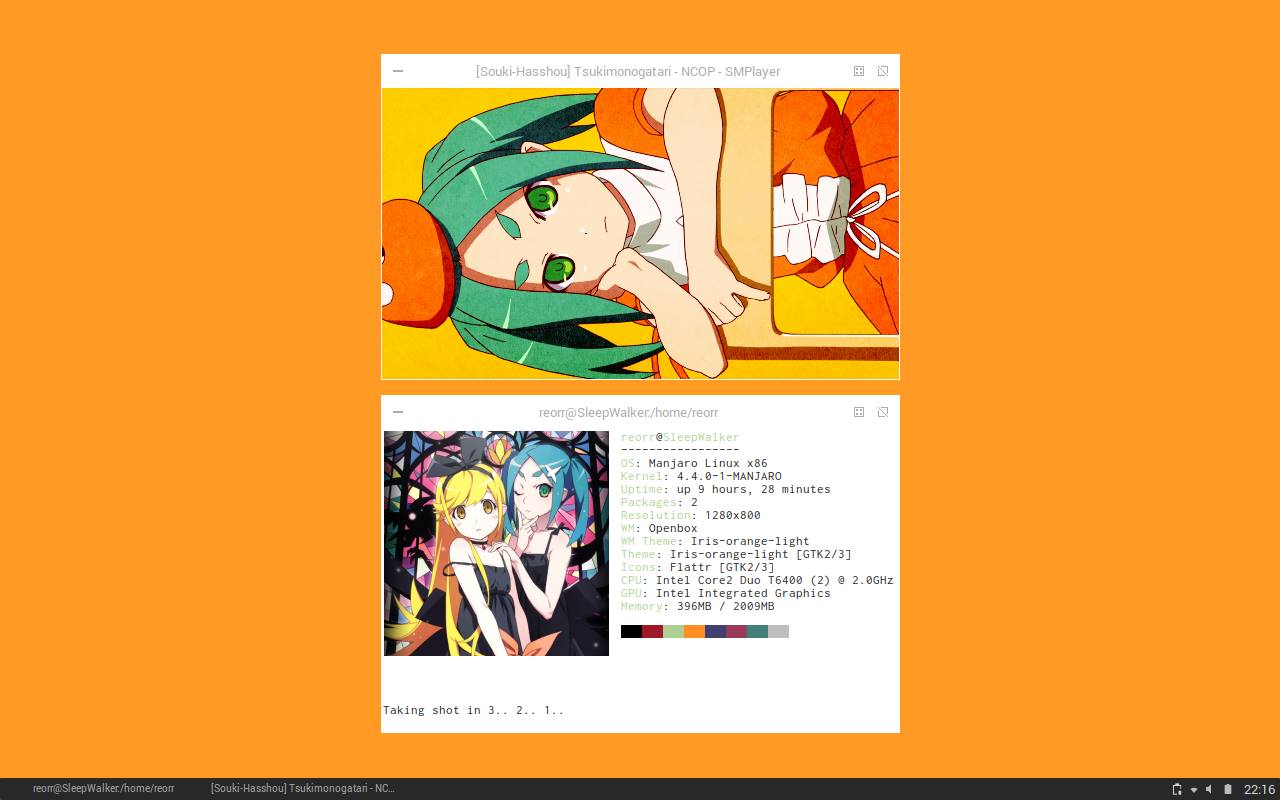 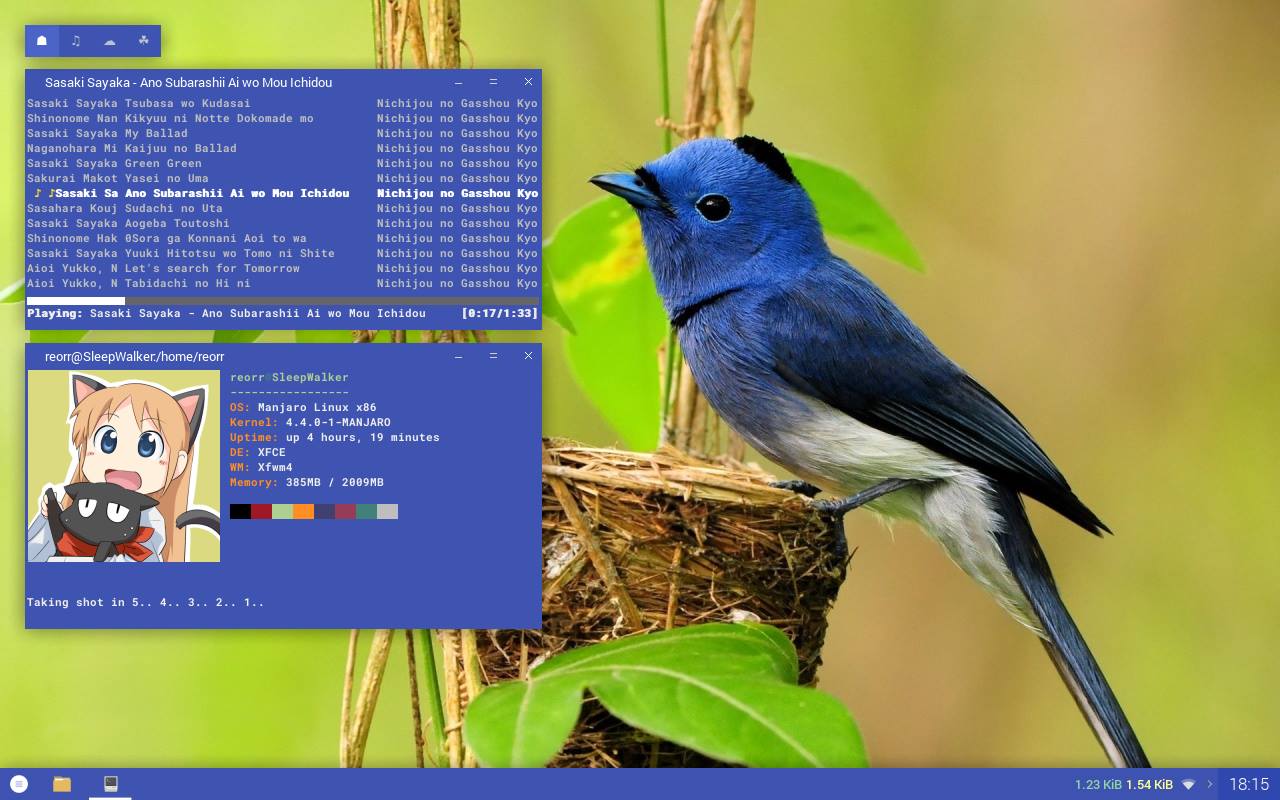 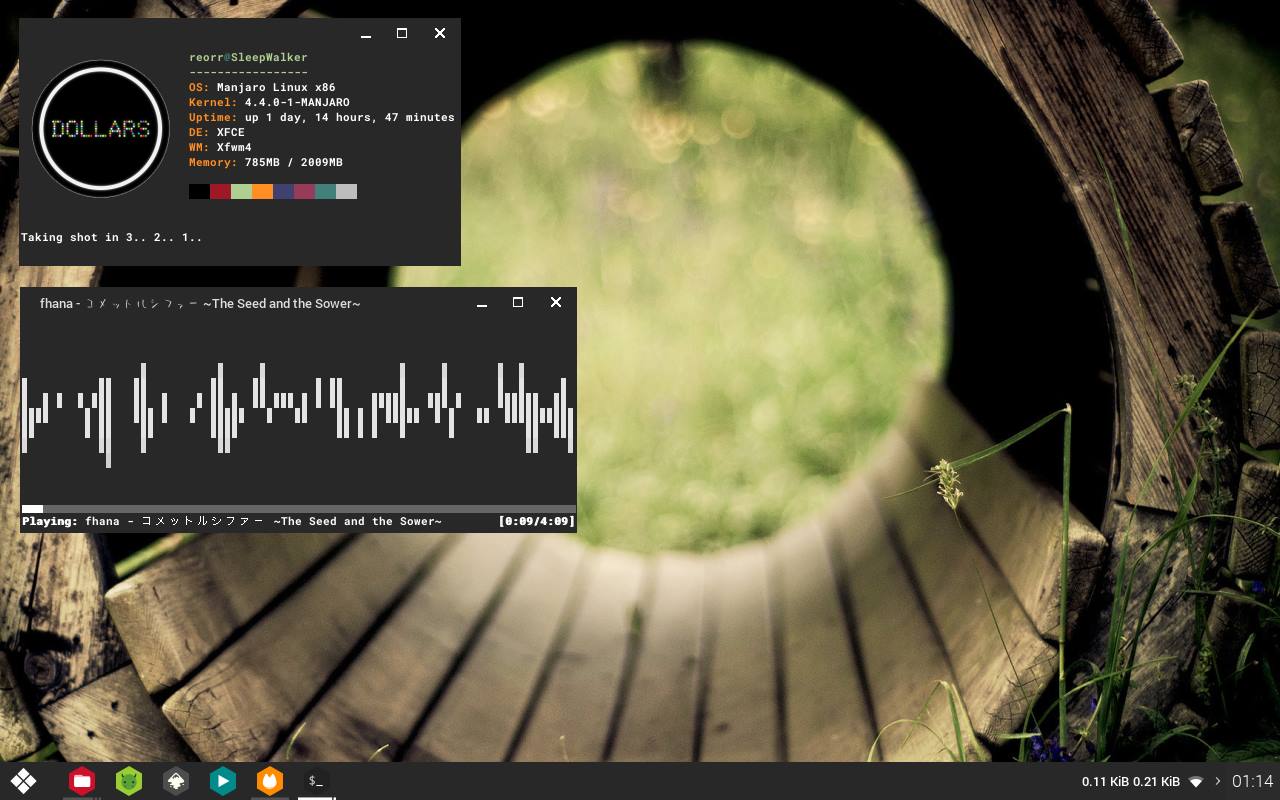 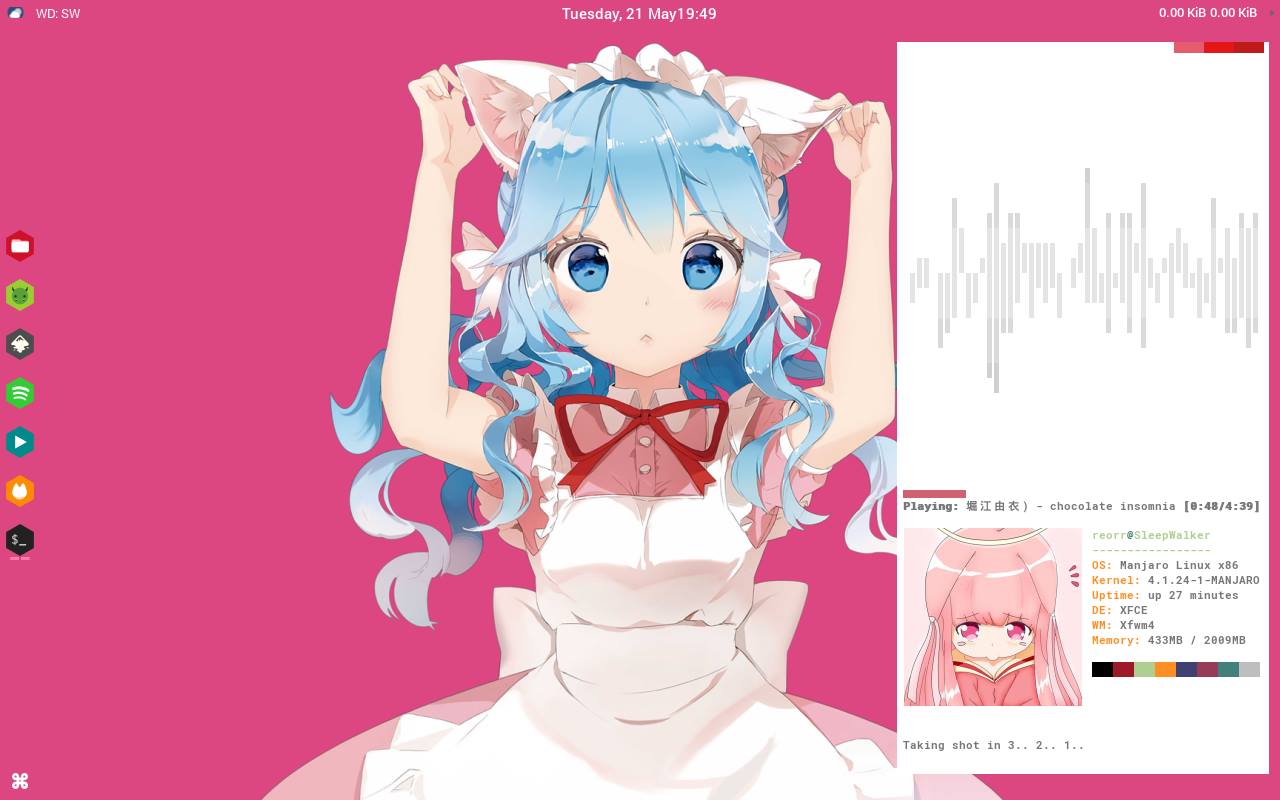 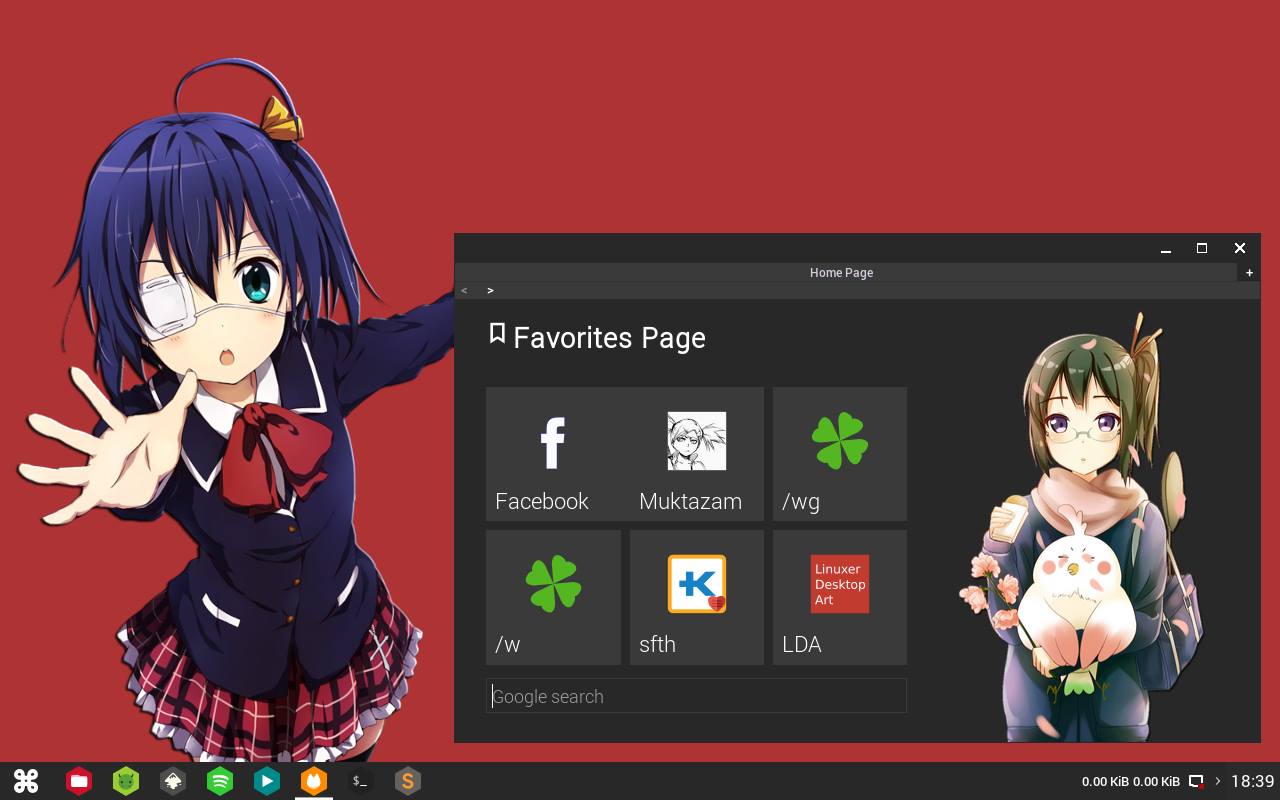 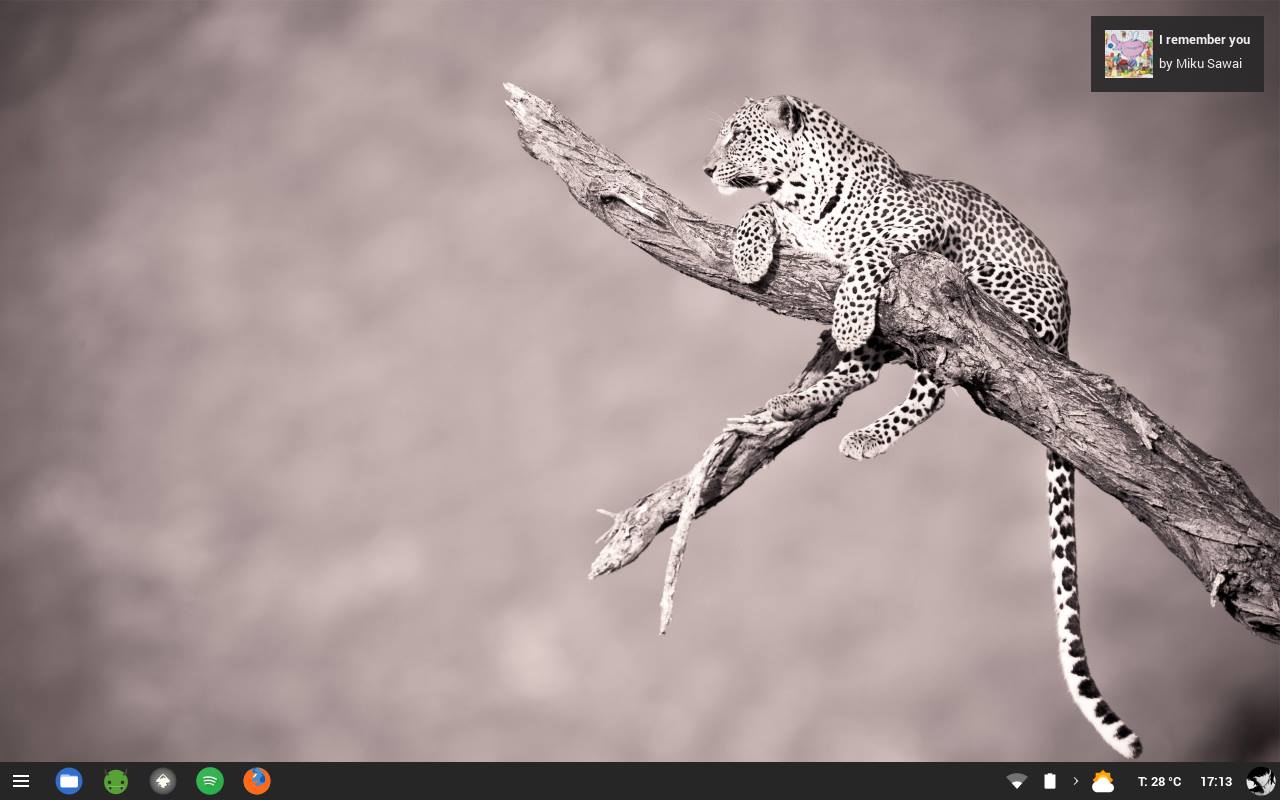 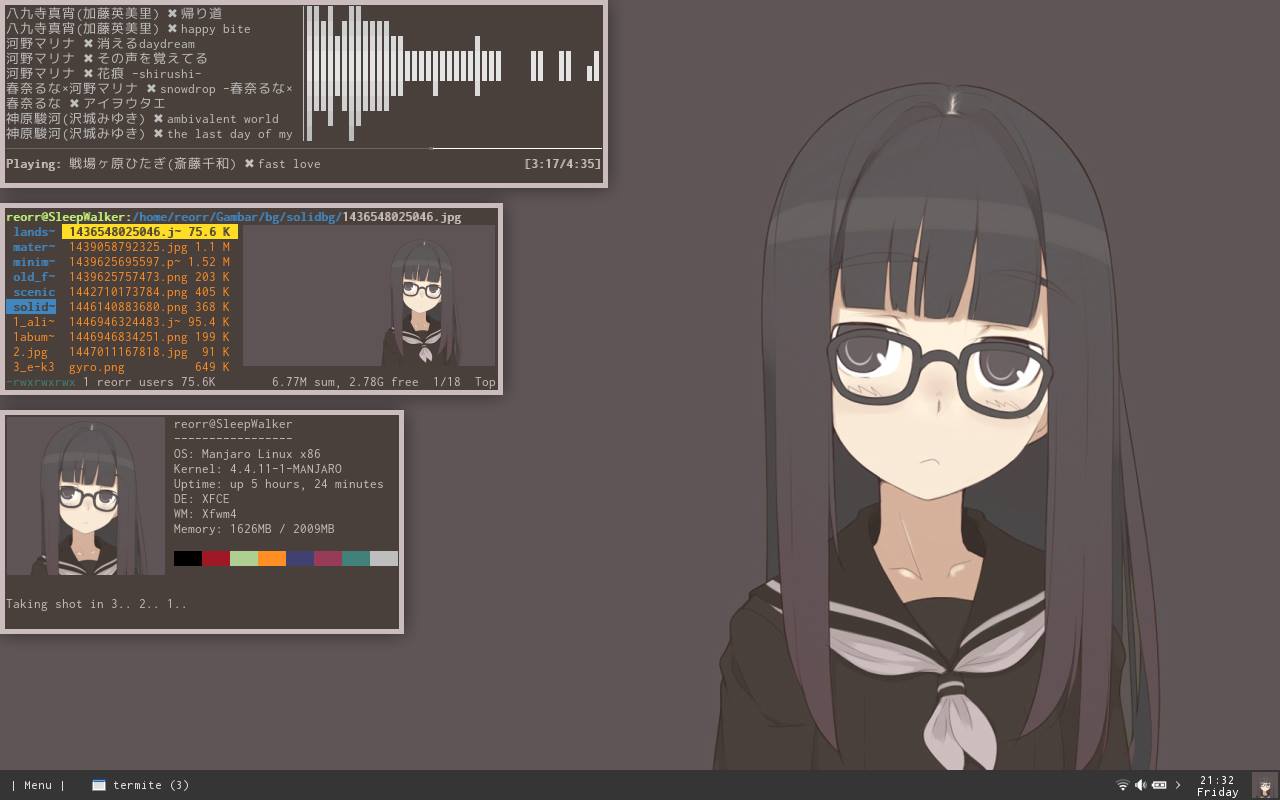 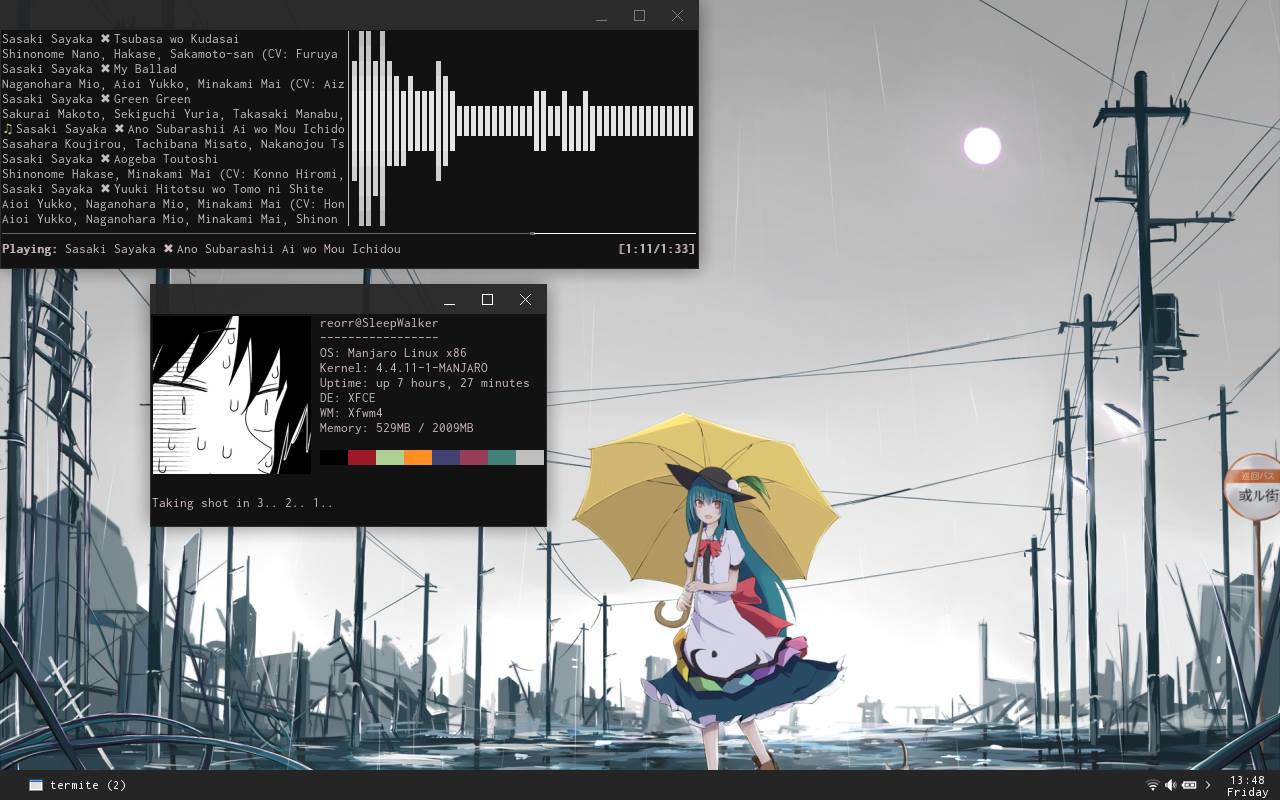 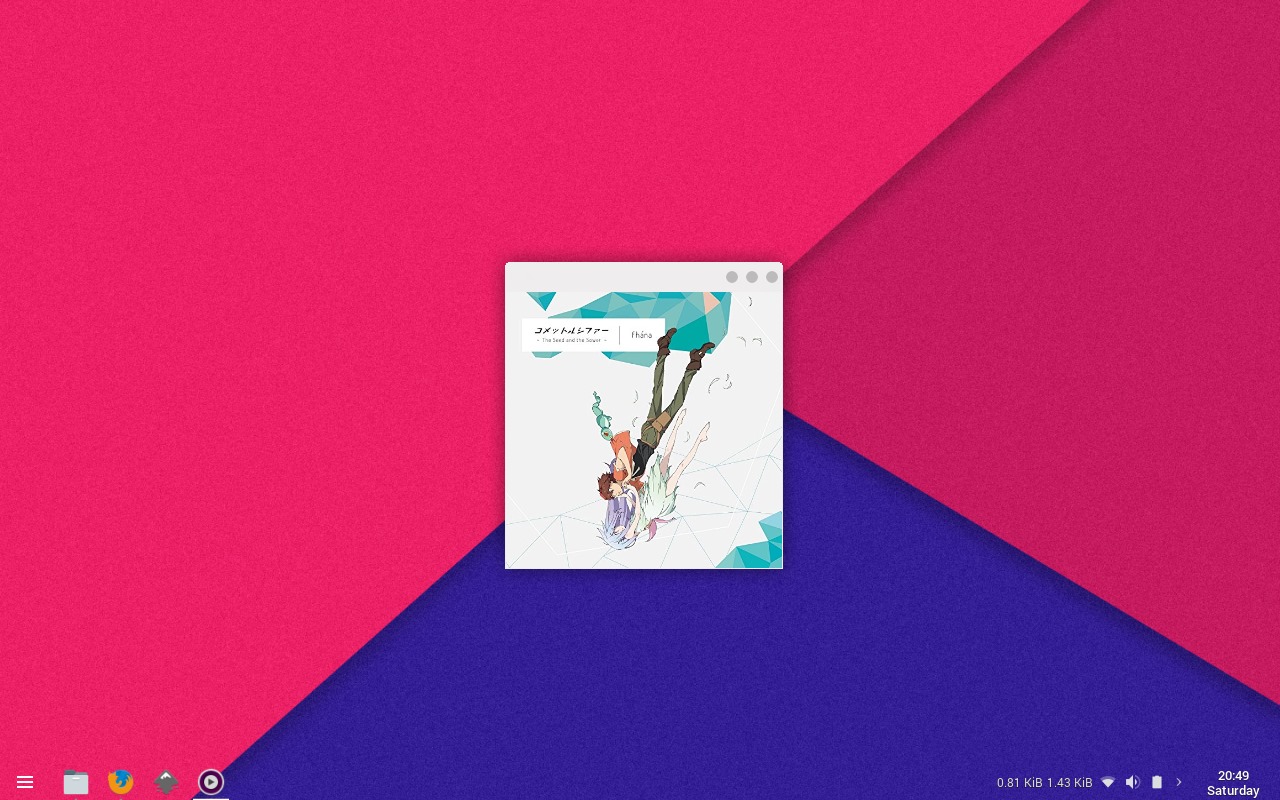 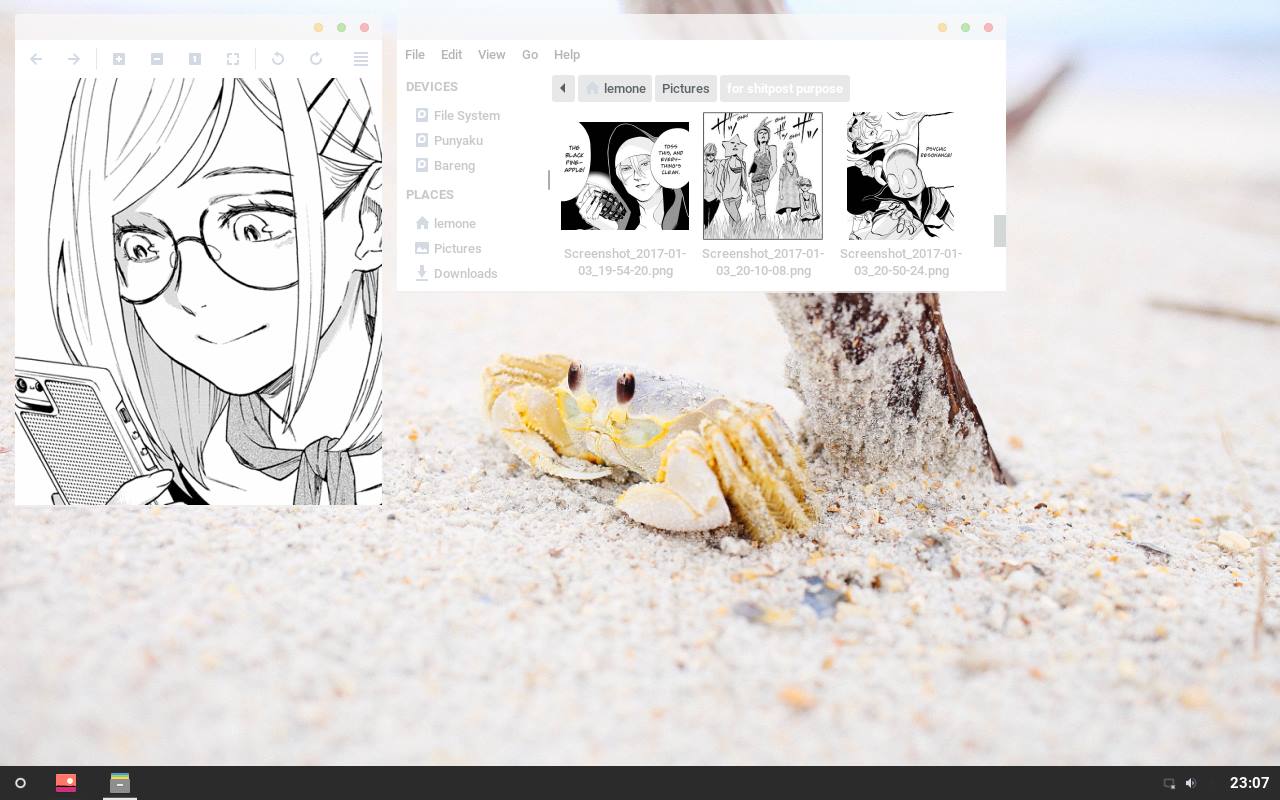 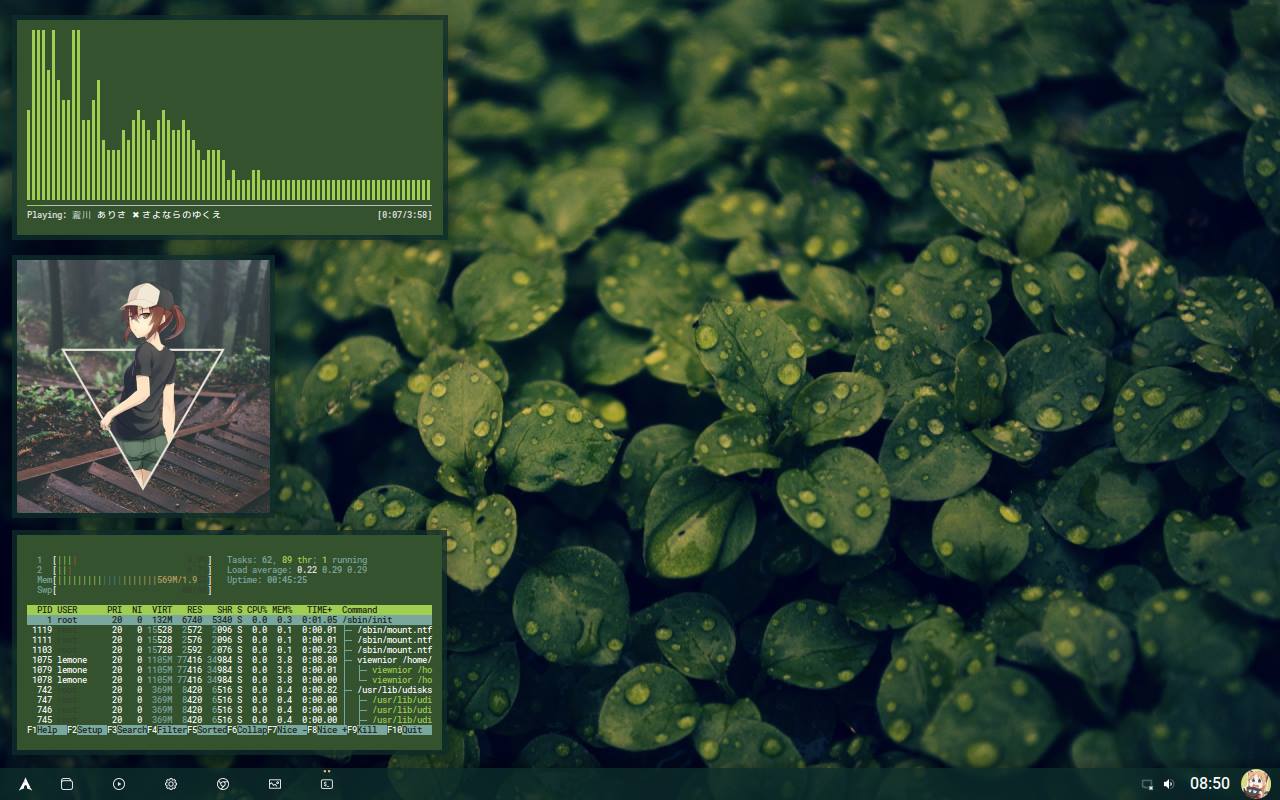 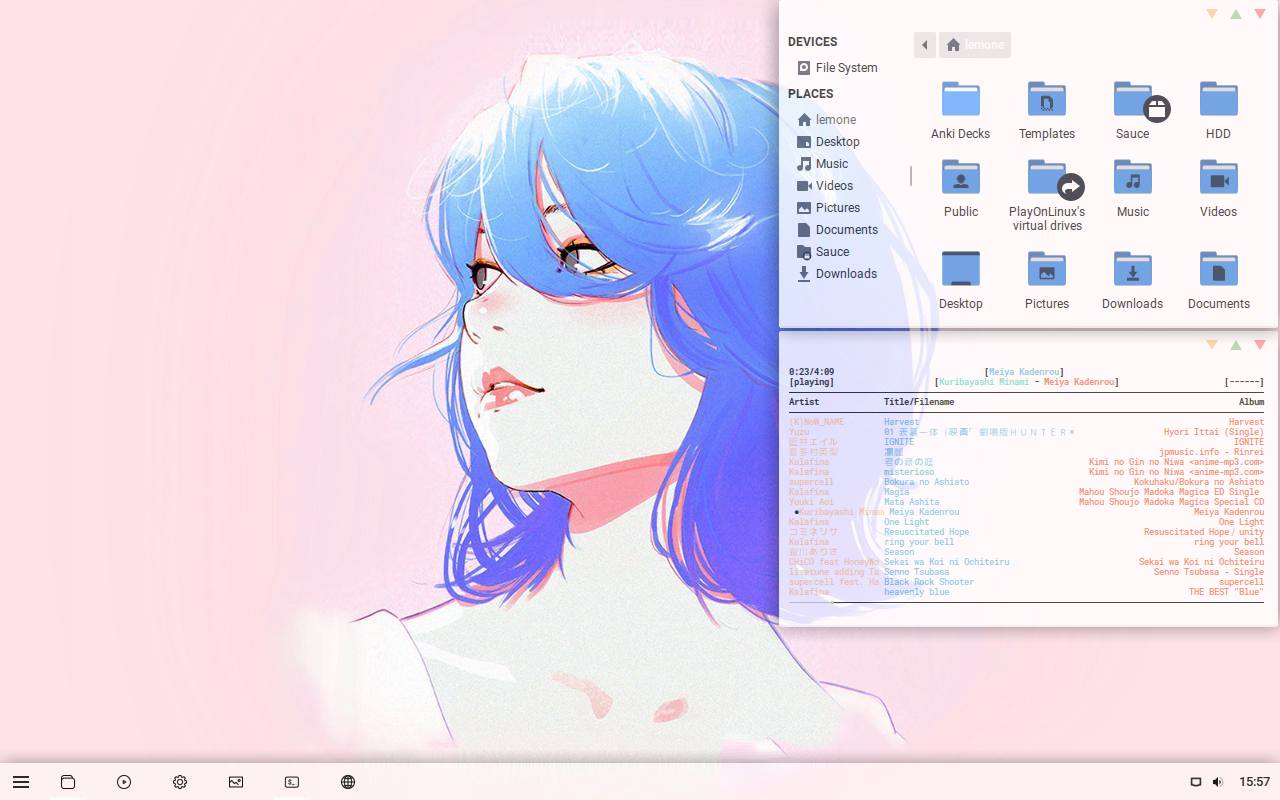 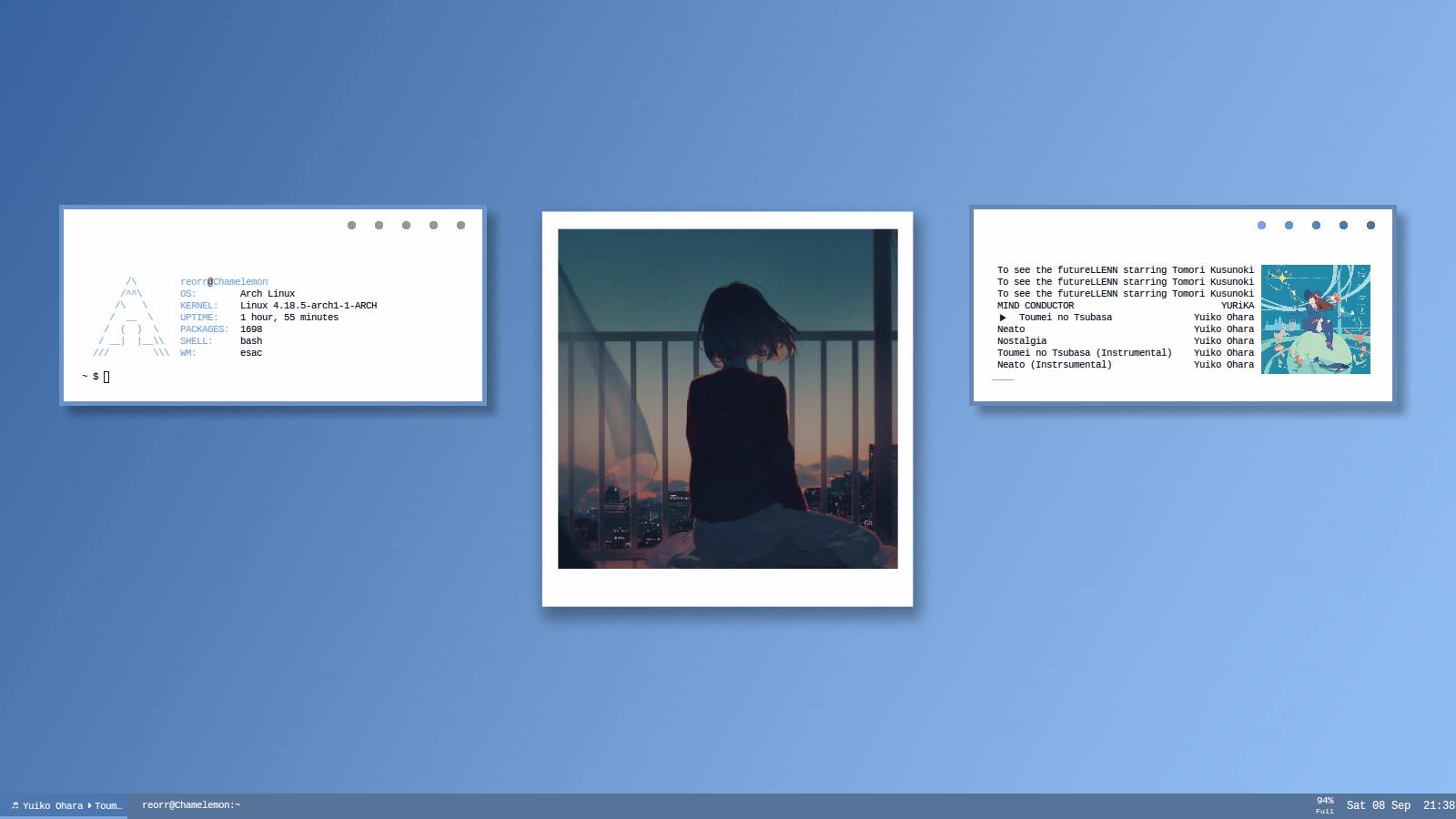 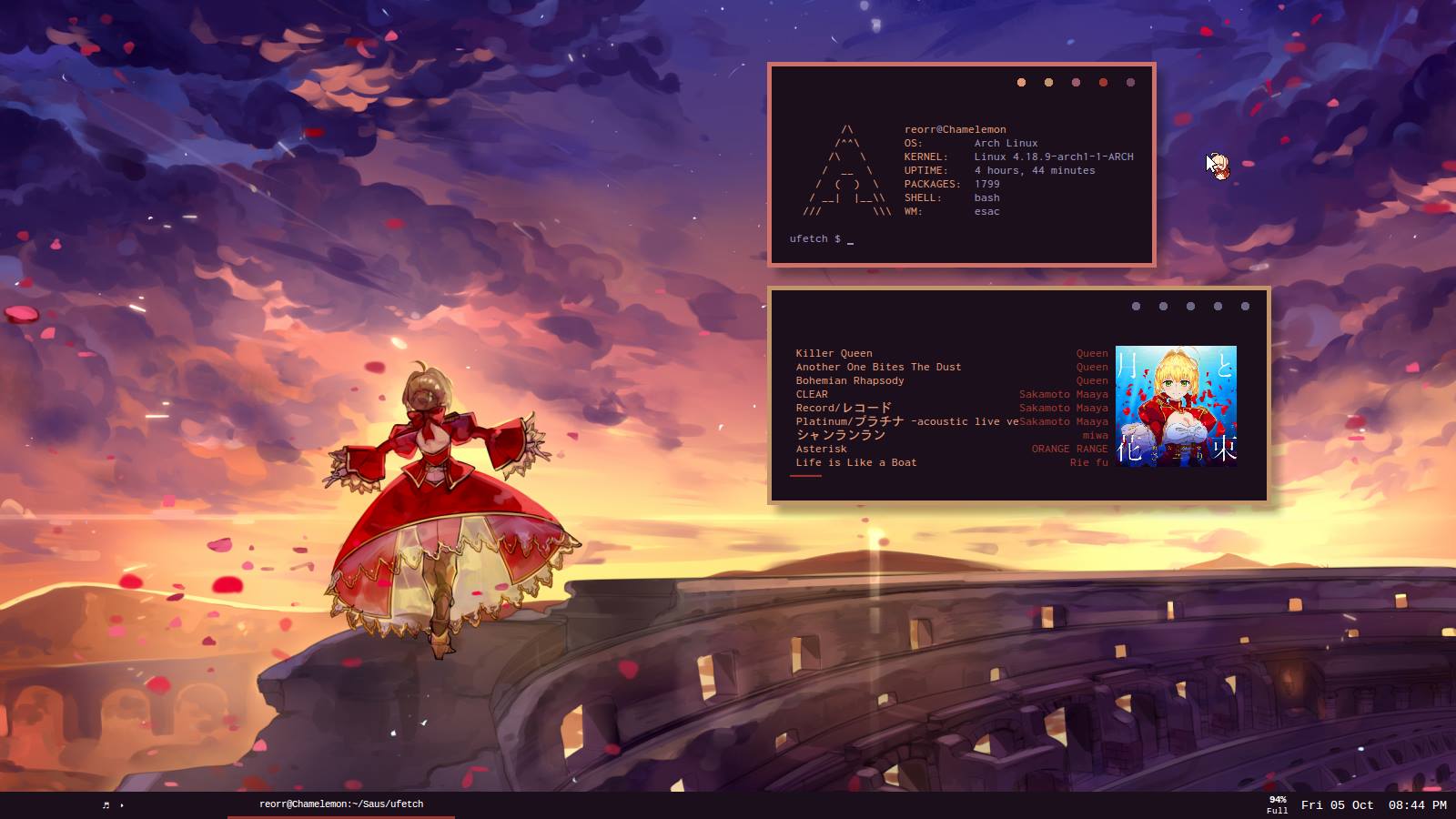 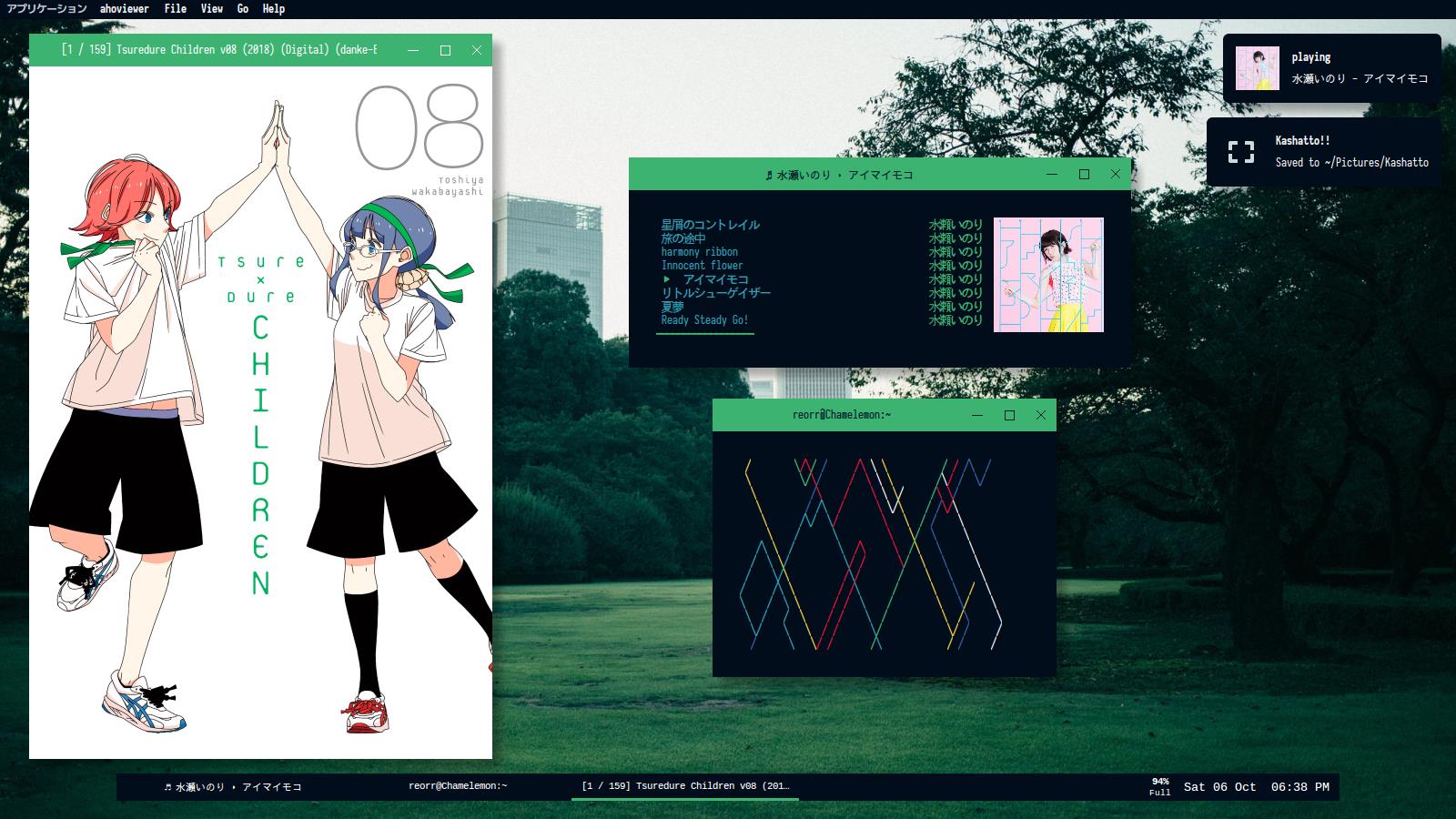 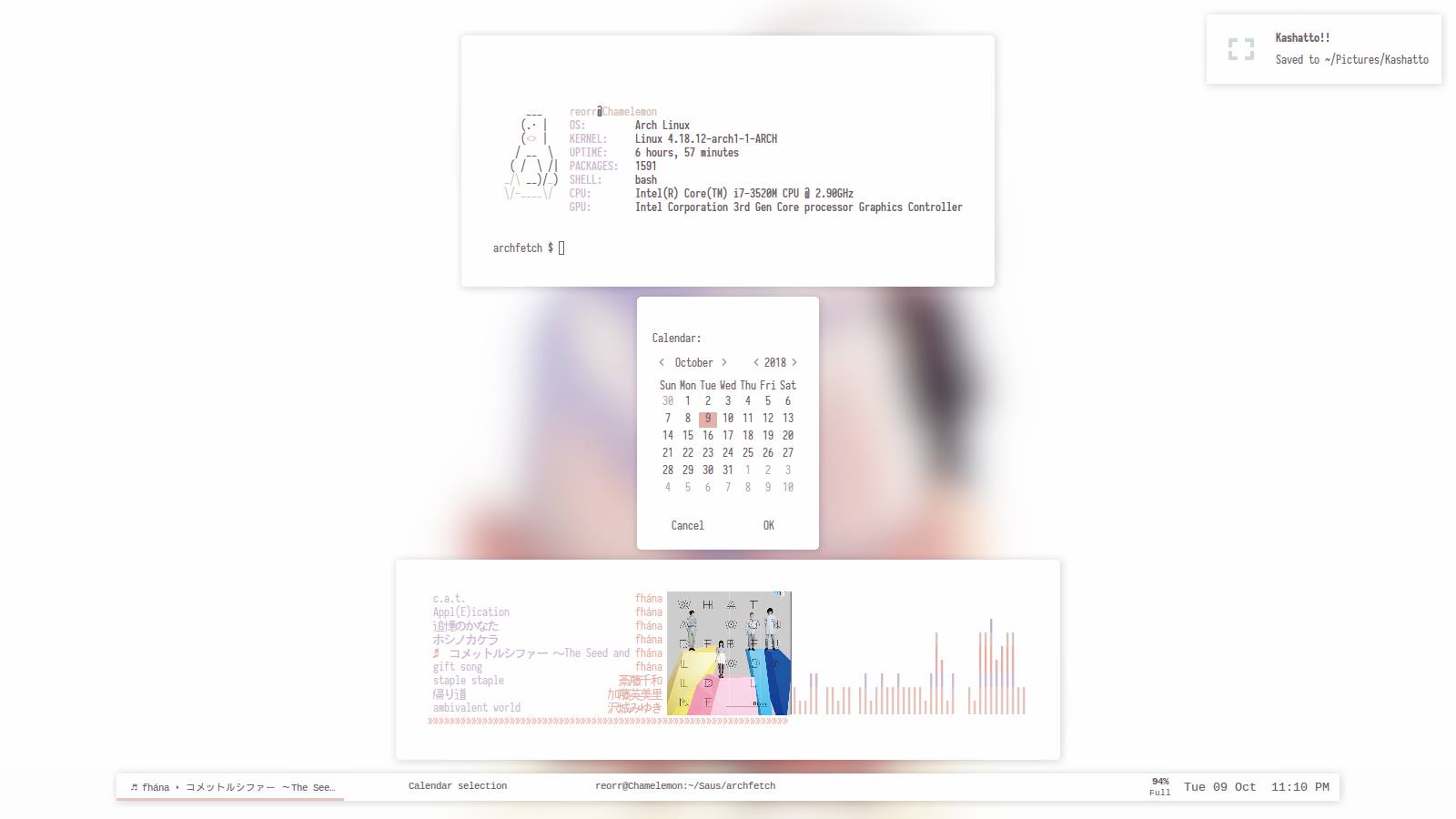 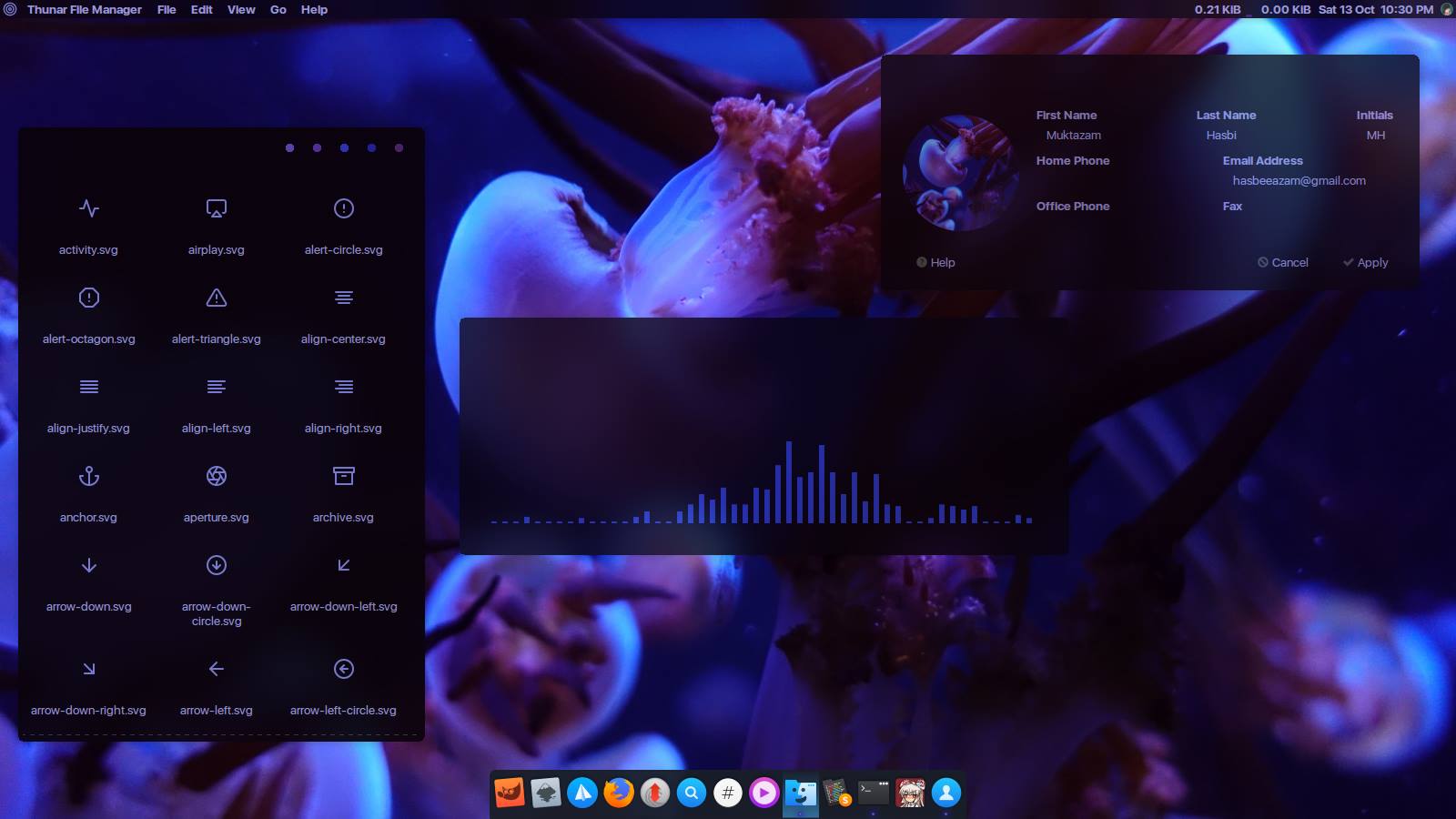 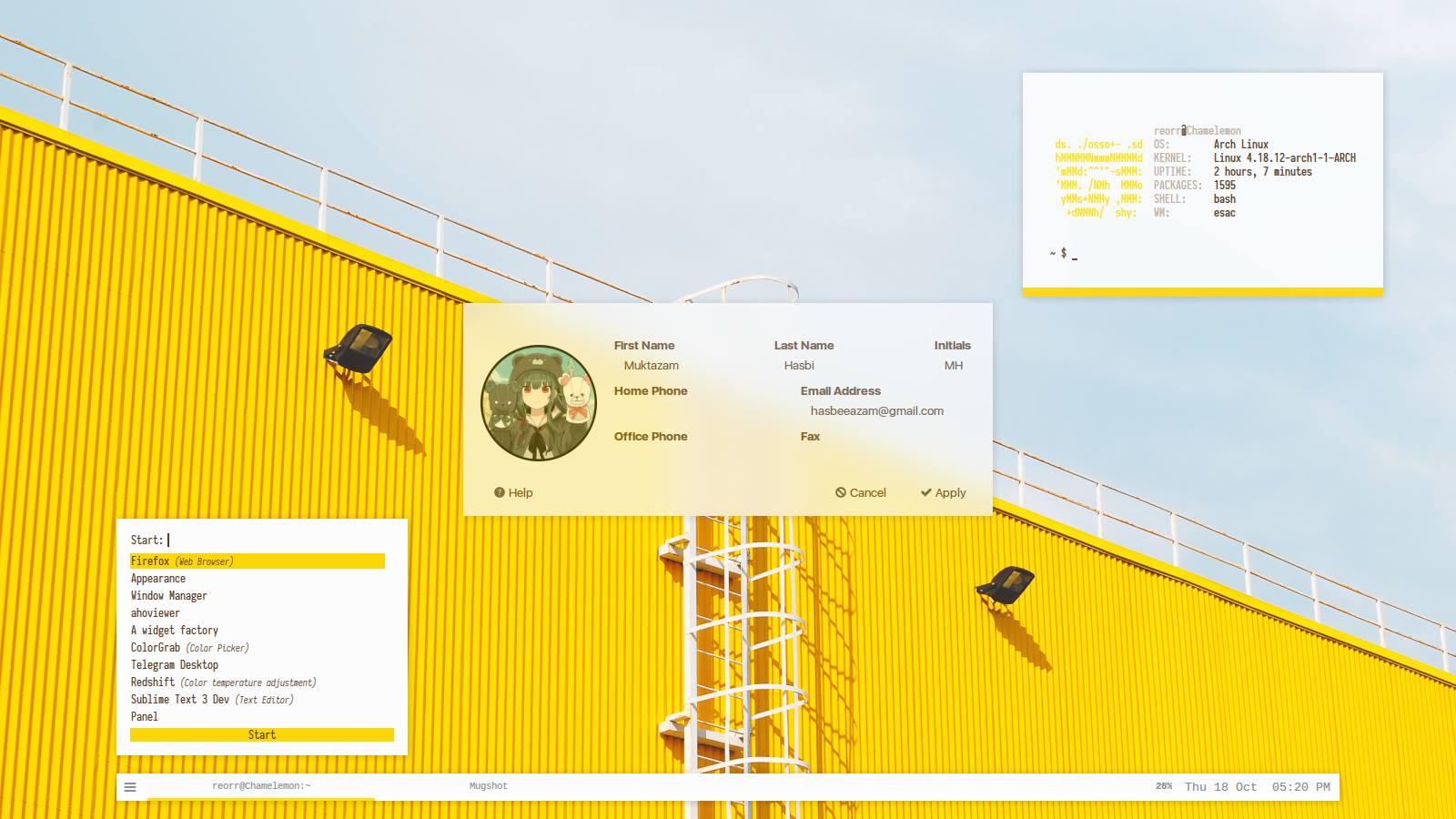 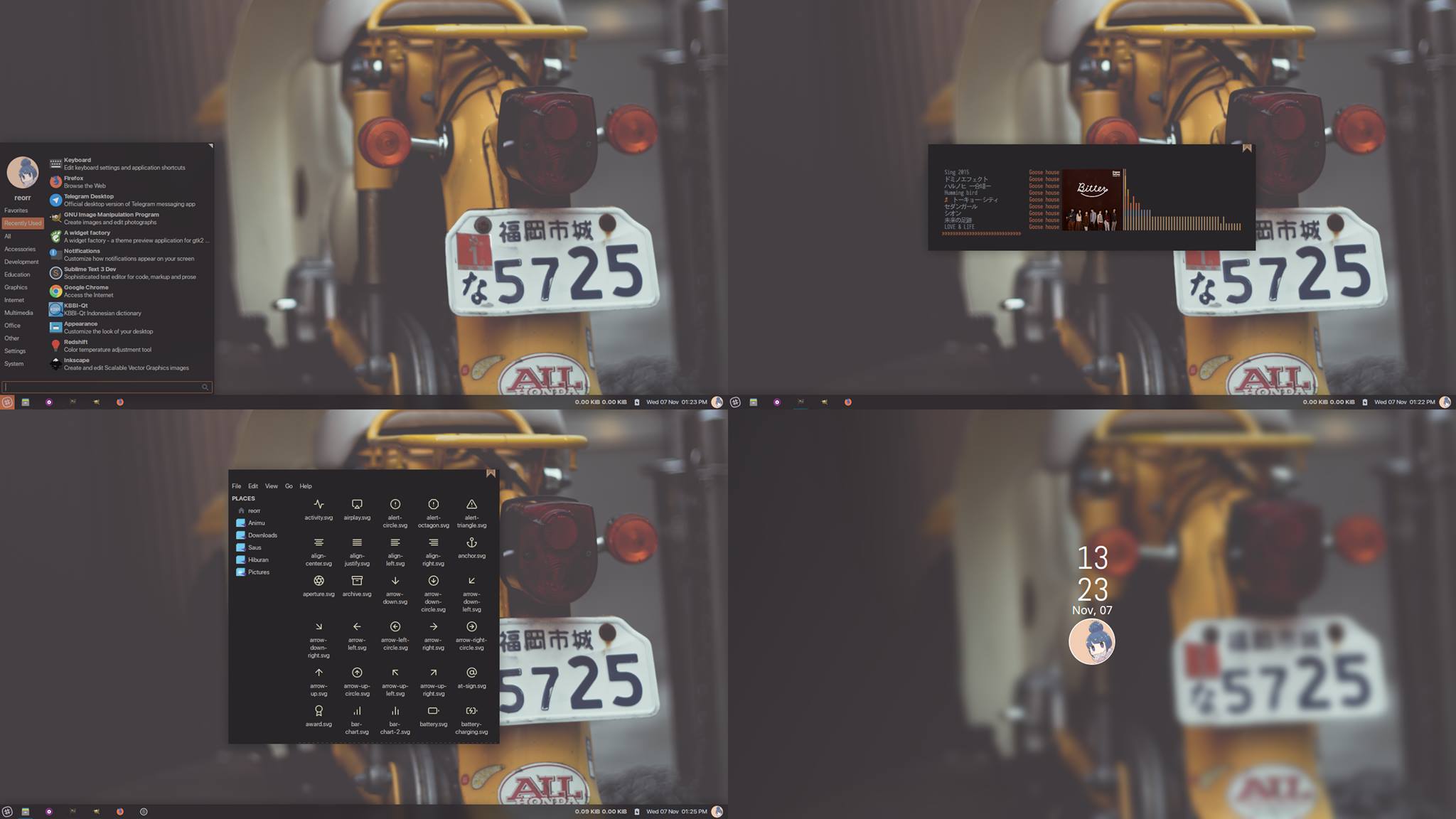 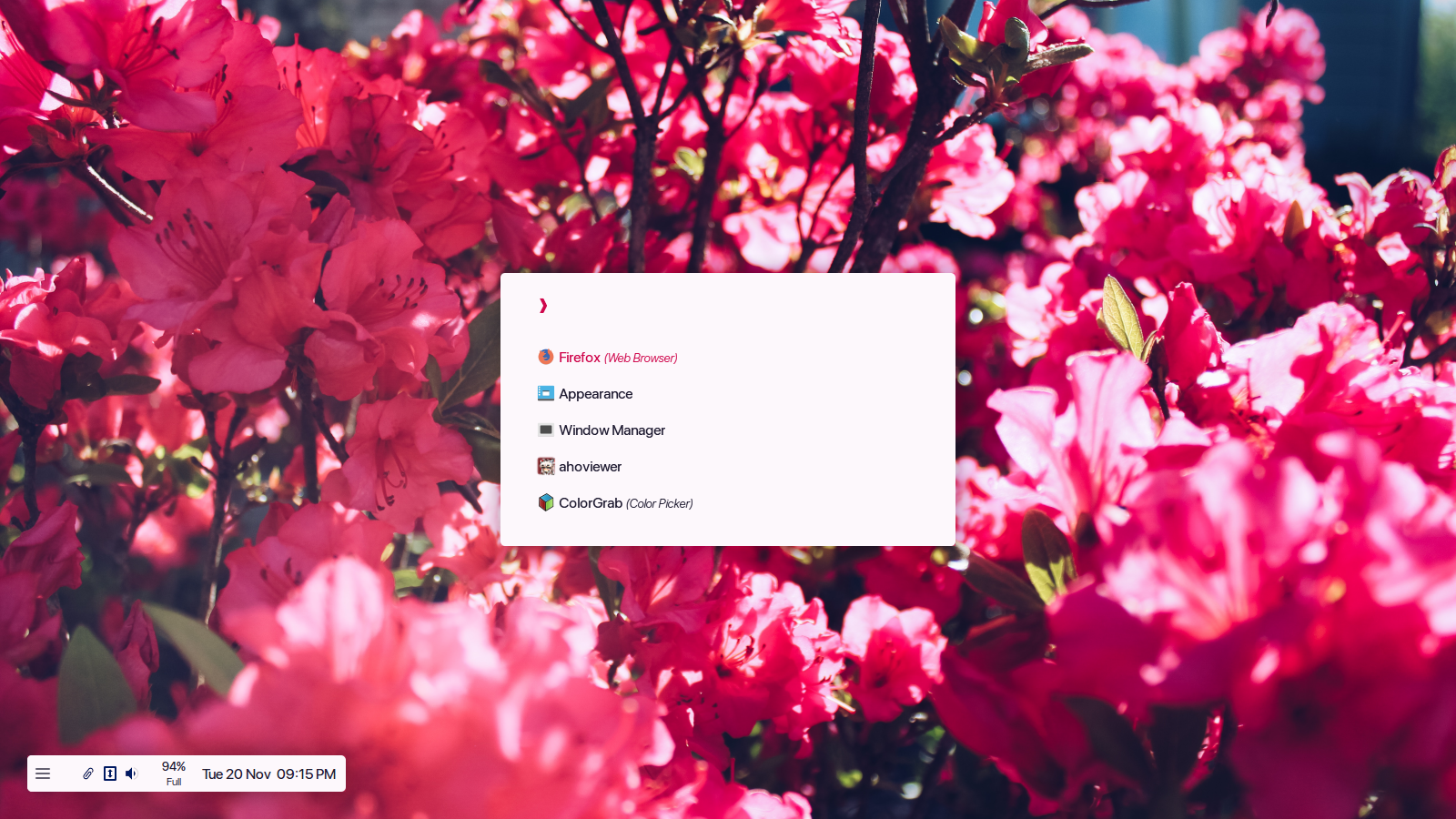 My name is Muktazam Hasbi. I writes about tech, mainly linux stuff and my stories in this blog. You can see some of my work on GitHub.